Image by
Photo by Edouard TAMBA on Unsplash

Africa has the highest road traffic death rate in the world, according to the United Nations -- reaching 26.6 deaths per 100,000 population in 2018. There have been numerous national and multilateral efforts to tackle the issue: The UN General Assembly declared the ten years from 2011 to 2020 the decade of action for road safety with the aim of stabilizing and reducing the number of road fatalities globally. However, the goal of halving road traffic deaths is far from being achieved. Current plans and policies appear to be ineffective in reducing road fatalities and injuries.

A new approach is therefore needed to effectively reduce and/or prevent road traffic deaths: we need to harness new technology. Our research[1] found that institutions and culture play an essential role in determining road safety through their influence on traffic infrastructure, the design and enforcement of road traffic legislation and behavior of road users (mainly drivers).

Road traffic is governed by formal rules whose aim is to make roads safe by making the behavior of drivers predictable for everyone and limiting risky situations. The conditions for the proper application of these rules must be put in place and rules must be enforced through various institutions, whose quality is not guaranteed. 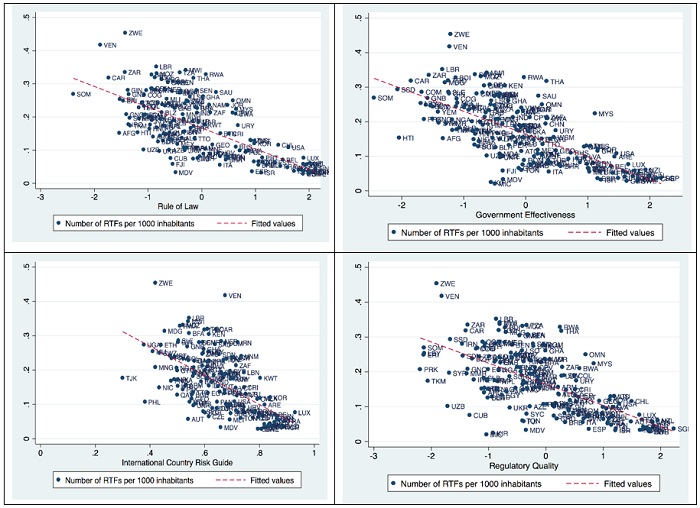 In the charts above, Zimbabwe and Venezuela show consistently high deaths in graphs, along low regulatory quality.

However, the effectiveness of institutions in reducing road mortality depends on the culture of the society, which in turn shapes the behavior of the drivers. What does compliance with formal rules depend on? A good candidate is culture, i.e. the social norms that people share.

We can illustrate this using a measure of two cultural dimensions that are important for interpersonal relations as regards to the respect of formal rules, built by the psychologist Geert Hosftede. The first Power Distance (PDI), or “hierarchical distance”, measures the degree of inequality in terms of power and authority that a member of a group accepts. The higher the PDI, the more people in a society accept an unequal distribution of power. The second measures individualism, how much the interests of the individual take precedence over those of the group. The higher the score, the more individualistic a society is.

Figure 2 shows that the road death rate is two times lower in individualistic societies, and almost two times higher in societies where inequalities in power are the most accepted.

Source: Hofstede for Individualism and Power Distance, road fatalities (WHO)

You might say this is counter-intuitive. People view individualistic societies as those where everybody is “in it for themselves”, therefore why would they care about others on the road? Wouldn’t accidents be higher in these? Not so, looking at it more carefully.

For the hierarchical distance, the code of the road establishes rules to be respected, a behavior to adopt whatever crosses our road. The road is a social space where there is no social hierarchy. It is, therefore, a space where the rule can be transgressed, especially if the transgression has no cost.

The less users are inclined to respect the formal rules, the more difficult and costly it is to implement effective public policies. Thus, in the presence of limited resources (in developing countries for example), it is critical to act both on the efficiency of institutions and on the behavior of users. But behaviors are hard to analyze. That’s where information technology comes in.

A new approach to public policy for road safety

Armed with this information, the authorities can shape public policy specific to local circumstances and behavior. Enforcing formal rules, such as the Highway Code, in the context of cultural traits that do not favor abiding by the law is too costly. Using information and communication technologies can reduce this cost and increase the efficiency of public policies by: (i) increasing our understanding of accidents, (ii) increasing the efficiency of standard policies, (iii) developing innovative policies to act on drivers’ behavior.

Developing such tools and IT infrastructures has the added benefit of also contributing to the development of firms in the digital sector and stimulating the use of new tools such as Artificial Intelligence.

[1] For a more detailed coverage, the reader car refer to this research 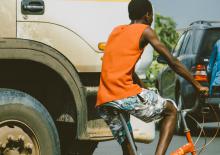 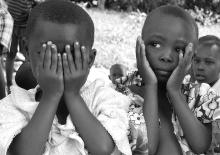 What Uber and the SDGs have in common: geospatial information technology
141 views 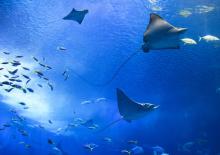